I wrote about JUnit Max in a previous post. In that post I commented that I was not sure if people were willing to pay $2/month for it. It turned out that I was right. Kent Beck just announced that he has deadpooled JUnit Max.

It is kind of sad that it seems impossible to sell such a great product, but I guess we have got used to that all tools are free. If I look at myself, I would rather have to pay one-time license fee for it than a $2/month subscription. Too much hassle filing expense reports every month for such a small amount.

That said, I actually never tried it since it was not available for NetBeans. Please remember us NetBeans folks next time! Maybe we are easier to get money from than the Eclipse guys… 😉

Rebecca Parsons and Martin Fowler gave a keynote on Agilists and Architects at QCon last year. The video from the keynote is available at InfoQ. In their talk they talk about how the role of the architect is different in an agile environment. Among other things they mentioned the importance of transparency. It is much better to have a system that makes visible what is actually happening, rather than tell what should happen and then try to force it through. A lot of architects could benefit from having that attitude. I wrote a post about the Agile Architect back in February.

Another thing they said, which is fairly obvious, but nevertheless done wrong again and again, is how to focus on reuse. If you are going to get reuse, you do not get it by building something reusable and expect people to go ahead and use it. It is much more effective to build something that is actually usable and then harvest reusable things from that.

Kenai is Sun’s connected developer destination. It is a integrated suite of developer services where you can host your open source projects. Currently the following features are supported:

When you create an account at Kenai, you can host up to five projects for free. I imported two of my hobby projects to try it out, and I liked it. See wikipedia for a comparison of open source software hosting facilities.

In the post The Decline and Fall of Agile, James Shore highlights some of the problems with introducing agile methodologies.

“Scrum is popular because it’s easy–and that’s part of the problem.”

It is a great blog post, and I am sure that you will feel familiar with the  descriptions if you have been applying Scrum or other agile methodologies in real life. I certainly do!

In an earlier post, I wrote about ScrumWorks. After having used it on a couple of projects I have gathered some thoughts here.

I usually prefer the good old whiteboard with post-its or an Excel sheet to track progress and generate burndown charts. But ScrumWorks has proved to be an excellent alternative to these old techniques. Developers find it pretty easy to use, and ScrumMasters get a pleasent user interface and a nice burndown chart almost for free.

So what is the downside? Well, sooner or later you will be asked by management to report progress. And managers are usually not willing (or capable) to using any unfamiliar tools, so you end up exporting the data to make some burndown chart or excel sheet available for them. This type of status reporting is overhead (or waste in lean terminology) and boring.

Luckily, ScrumWorks has a decent Web Services API which makes it fairly easy to extract the information you want. For example generate live burndown charts automatically on a wiki, or use the task information in ScrumWork to verify valid commit comments in a Subversion hook script. Imagination is the only limit…

Ever heard “We’re doing Scrum, but…”?
According to Jeff Sutherland at Øredev 2008, great Scrum teams can boost revenue by 400%. With ScrumButt you are limited to 0-35%. When are we going to understand that Scrum is just a set of simple rules and common sense and not a buffet to choose elements from….?

Value Stram Mapping has been around for years, but it is only recently that I started hearing about it in the context of software development. Maybe the renewed attention can get us to focus at the whole process rather than only the development part?

Nearly all projects I have either been involved in or heard of that claim they are using Scrum, are only using it for the development part of the process. The total process from an idea is born until it is in production usually consists of a gazillion boxes and arrows where the development part is one of the boxes. By optimizing this little box (for example by introducing Scrum), the process efficiency (if you are lucky) maybe increases from 4.0% to 4.1%…. Is this what we call sub-optimizing…?

Value Stream Mapping can help us optimize the parts that really gives impact and is an excellent tool for removing waste.

The fourth annual Øredev Developers Conference is up this week. Bigger than ever stretching over five days, including workshops, courses and a three day conference. I am attending for the third time this year, having missed only the first one.

I just had a look at the Jazz project and downloaded the latest version. I guess I am pretty slow since the Jazz Team Concert 1.0 Beta 2a was available a couple of weeks ago, but better late then never 🙂

The installation was easy. Instructions for server and client was comprehensive and pretty much straightforward so I had my test project up and running in less than half an hour.

Jazz is IBM Rational’s next-generation technology platform for collaborative software delivery. It is a collaboration platform for the full software lifecycle and absolutely worth take a closer look at. 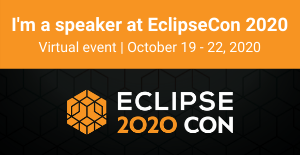